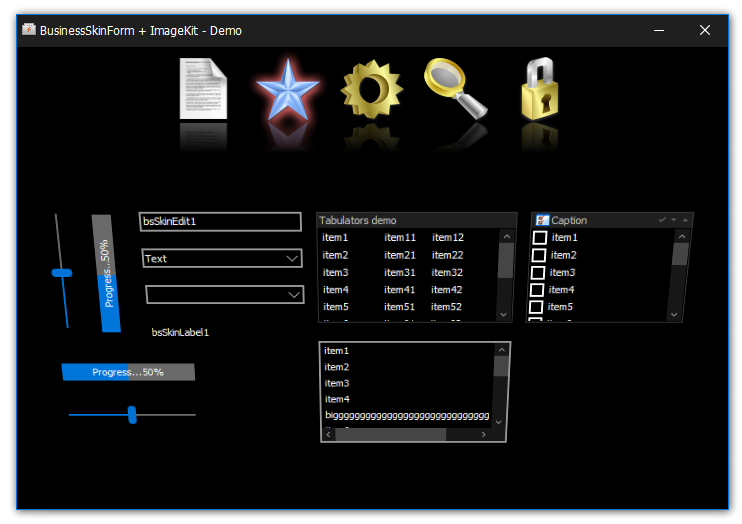 BusinessSkinForm VCL (more than 120 components) help you to create applications with skins. Stable, multifunctional package for business applications. Unique GUI, which fully independent from the system Use the latest generation of Ribbon UI and you'll be on the wave of the latest trends!

With this product, we want to support developers who use older versions of Delphi and C++Builder, as well as those who have been using this product for many years.

BusinessSkinForm VCL is intended for use with: