PDF, SVG and Images
Apart from displaying on screen, charts be created as PDF and SVG, as well as PNG, JPG, GIF and BMP images. This means you send the charts by email, insert them into reports, or save them as records.

Universal
ChartDirector is suitable for various application types (desktop, web, console, batch, realtime ...) and supports many programming languages and operating systems. This means your investment in ChartDirector will be useful for your current as well as future projects. 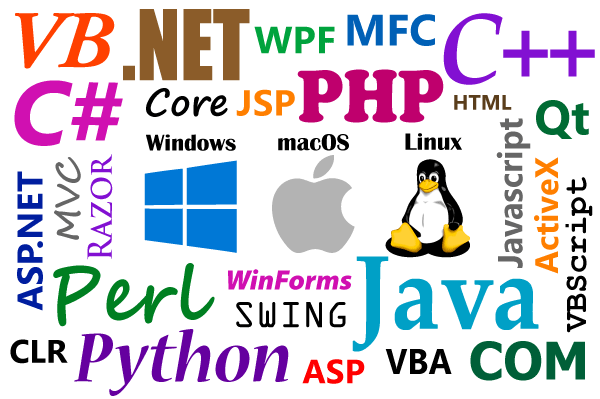 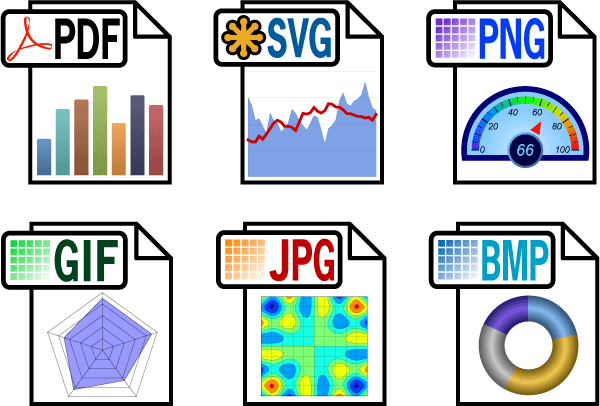 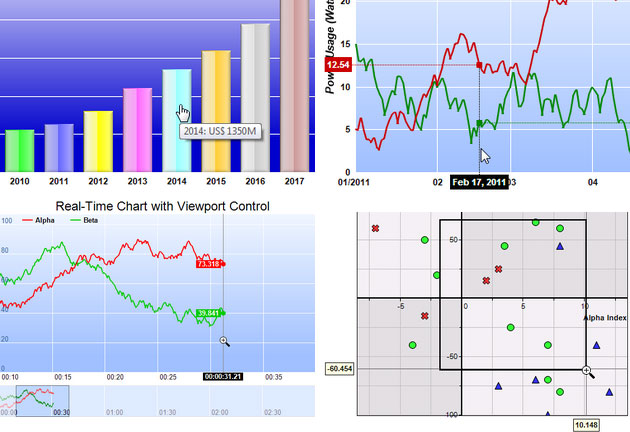 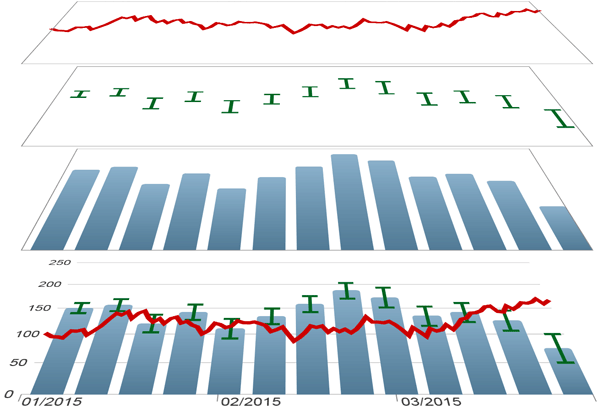 WPF and Windows Forms Charting Features
WPF and Windows Forms Chart Controls
ChartDirector includes chart controls that not only display the charts, but also provide user interaction features such as tooltips, zooming and scrolling controls, and programmable track cursors. Most chart objects supports full suite of mouse events for customizing user interactions. Includes plenty of C# charting and VB charting examples.
Large Data Sets and Zooming and Scrolling
Plotting millions of data points are common with ChartDirector. With that much data, zooming and scrolling features are useful. With ChartDirector, in additional to using the mouse wheel and click and drag to zoom and scroll, there is a Viewport control that can display the full data range with a highlighted box showing the visible range in the main chart. Users can resize the box to zoom in/out and move the box to scroll in both X and Y directions.
Zoomable Realtime Charts with Snapshot
Realtime charts in ChartDirector is not limited to appending new data points. You can also update existing data points in realtime, like in a spectrum analyzer in which the spectrum changes in realtime. Realtime charts can be zoomable and scrollable. You can take snapshots as raster images (PNG, JPG, BMP) or as vector graphics in PDF.