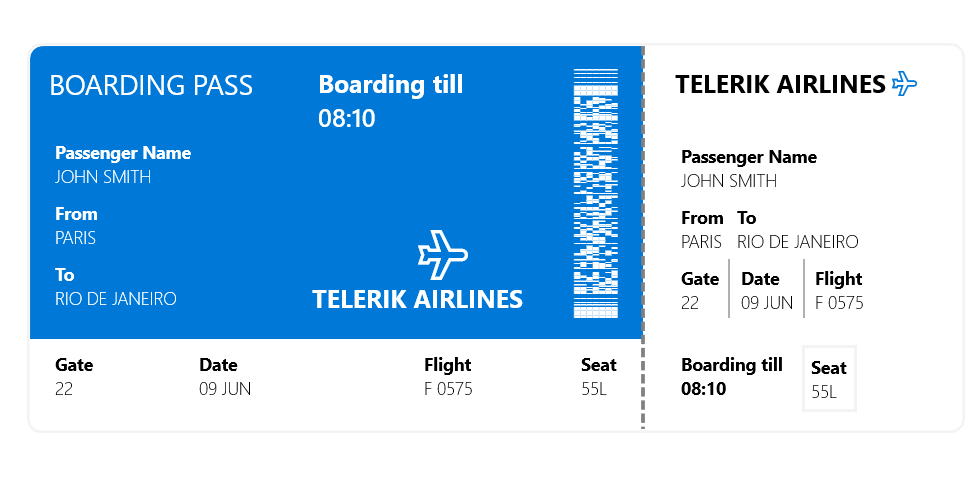 Create state of the art Windows desktop apps with the best-in-class WinUI controls suite. Brought to you by the creators of Telerik UI for WPF & WinForms.

Unparalleled quality is our top priority - embrace the power of the new WinUI framework and streamline your application development process with highly customizable and feature rich controls.

Want to ensure consistent look and feel alongside a powerful performance? Look no further! The default look and feel of the Telerik UI suite for WinUI is Fluent-inspired and supports the native Windows theming (Light and Dark).

From the engineering talent that brought you Telerik UI for WPF and WinForms, our WinUI suite is built with performance in mind – every component we ship is optimized for maximum performance with endless customization capabilities.

The new state-of-the-art Telerik controls for WinUI ship with touch support, enabling you to deploy your application on over 1 billion devices running on Windows 10.

The Telerik controls for WinUI come with built-in accessibility functionalities such as Microsoft UI Automation and High Contrast Themes, as well as custom localization support.

Kick-start your WinUI application development with intuitive API and controls that are fully compatible with MVVM.

Implemented API in RadPdfViewer to sign and verify signed documents as well as corresponding dialogs for signing and validating the signature.
Added a password dialog for entering passwords when opening encrypted documents.
Upgraded Windows App SDK version to 1.1.0.

Added localization support for Save and Cancel buttons in the inline editor.

Block inside a table cell with content that exceeds the cell's width breaks the rendering of a text on the next line in the cell.

Added a password dialog for entering passwords when opening encrypted documents.
Implemented API in RadPdfViewer to sign and verify signed documents as well as corresponding dialogs for signing and validating the signature.

The drawing text is not sharp in WinUI Desktop.

A NullReferenceException is thrown on exporting a file with an unsupported theme color type.
Upon export, sheet reference in formulas is lost when using whole row/column references.

PdfFormatProvider: Wrongly exported table width when table preferred width is set to Fixed and it is greater than the available page width.
PdfFormatProvider: An extra empty space appears below the inner table added when a Table is merged into a TableCell.
TableJustification is not imported and respected.