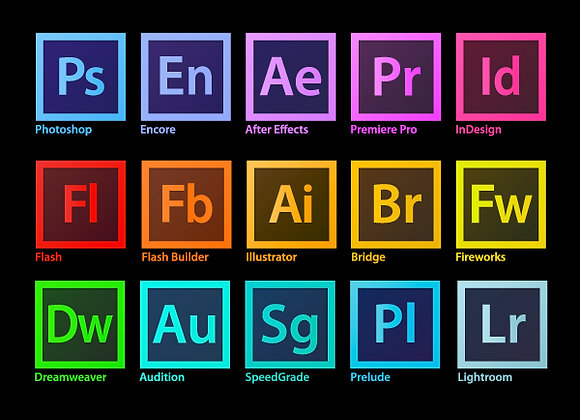 
Note: If you encounter any issues with a previous installation / crack,
please uninstall all Adobe products and delete those folders:


Q: What changes have occurred in the composition of the collection compared to
the Master Collection 2021?
A: I want to clarify right away: I try to coordinate the contents of the
collection with a set of applications distributed by developers through the
Creative Cloud channel. Recently, four applications of the Substance 3D
line have appeared on the channel, a cure for the 64-bit version of Acrobat
has appeared. So I included them in this build. On the contrary, the Fuse
program has disappeared from the search results. She has been removed from
the collection. Also, the Prelude program is excluded. It is also missing
in the search results, despite the fact that it was released in the 2022
line. Apparently, it was released unofficially. Official support for this
program ended in September 2021, and Prelude 2022 was released in October.
Also, I want to draw attention to the Dreamweaver program. It is taken from
the 2021 line. The program is officially supported, so it is completely
incomprehensible why it was not released in the 2022 line,

Q: I can't click the "Continue" button because the contents of the window do
not fit in the window itself, and the button is out of view. What to do?
A: This occasionally happens on crookedly configured OS. The keyboard has a
TAB key. Click it to the desired menu item.

Q: I have a plug at the initial stage of the installation, not described
above. Can you suggest something?
A: Try to replace the Set-up.exe file used in the distribution kit with the
one downloaded from: https://tinyurl.com/Fix1MetaTagFix

Q: The installation was not completed due to an incomprehensible error. What
to do?
A: Familiarize yourself with the decoding of error codes.
https://tinyurl.com/adobeccinstallerlog
Also, I recommend to study the installation log. It is located at
C:\Program Files (x86)\Common Files\Adobe\Installers\Install.log. Perhaps
here you will get more detailed information about the problem and how to
fix it.

Q: What needs to be done to make it possible to work with cloud storage,
libraries and other online services?
A: To do this, you need to connect to the Adobe server with your ID by
selecting "Help-> Sign In" in the program menu and passing authorization.
I strongly recommend that you close the window in which you will be
prompted to run a trial version with a cross. In this case, in the future,
you will not encounter the problem of the appearance of an annoying message
about the end of the trial period! After restarting the program, online
services will become available.

Q: What about disabling spyware?
A: The spy modules Log Transport Application (LogTransport2.exe) and CRLog
Transport Application (CRLogTransport.exe) are disabled. The files that
initialize them have been renamed to LogTransport2.exe.bak and
CRLogTransport.exe.bak, respectively. If you suddenly have a desire to
restore their performance, just remove the .bak extension from them.
Anticipating the question of some users why, they say, the same
AdobeIPCBroker.exe is not blocked, I want to say that some of the online
services will not work without it.

Q: Is it possible to update installed applications with standard tools?
A: Some applications can. But I strongly don't recommend it. This will almost
certainly cause the activation to crash. However you should be able to
install this update over previous 2022 Master Collections.

Q: What about medicines in the current version of the assembly?
A: Craftsmen produced medicines for this line of programs. The cured files
were built by me into the software distributions, so you don't need to do
anything to cure them. Treatment solutions from uncia, cppasm, PainteR and
WhiteDeadth are involved. Just in case, the original files are saved with
the .bak extension. To restore them, remove the .bak extension from these
files and replace the existing patched files with them.

Q: My neurofilters are not downloading in Photoshop 2022. Why?
A: If you are denied downloading neurofilters, then delete the "%appdata%\
Adobe\UXP\PluginsStorage\PHSP\23\Internal\com.adobe.nfp.gallery\PluginData"
folder. After restarting the program, the filters should start downloading.

Q: Acrobat Pro DC doesn't start for me or starts untreated. What's wrong?
A: It is most likely that this happened because you installed an updated
version of the program over the old one that was previously installed. In
this case, the medicine does not start automatically. You need to start it
manually. The paths for finding cracks in the Master Collection
distribution: ..\Adobe 2022\products\APRO_x32\crack.exe for the x32
version, ..\Adobe 2022\products\APRO\crack.exe for the x64 version.
Medicines do not have an interface. Just launch and you can immediately use
Acrobat Pro DC. As another possible reason for the lack of treatment, one
should not exclude the blocking of the crack by the antivirus.

Q: Can I install Acrobat Pro DC 32-bit and 64-bit at the same time?
A: Yes, it is possible, although I don't understand why this is necessary...
But there is a problem here. Programs are hacked in different ways. And,
if you run the 64-bit version, it will change one of the registry keys. And
this key is critical for the 32-bit version - if you change it, then when
you start this version, an authorization request window will appear with
your Adobe ID. Here, you can either heal the 32-bit version after each
launch of the 64-bit one, or connect to the Adobe server with your own ID.
Then the programs of both bit depths will be able to work in parallel.

Q: I can't connect to the Adobe server with my ID from Acrobat Pro DC 64-bit.
How to be?
A: Alas, this is such a feature of the medicine. Here the program is slightly
broken. But we are solving the issue. In the folder with the program, find
the file Acrobat.dll and temporarily rename it to, for example,
Acrobat1.dll, and the nearby file Acrobat.dll.bak to Acrobat.dll. Run the
program and go through authorization. After that, close the program and
return the files to their original names. Everything! You still have a
cured program, but you are authorized in it.

Q: Why am I blocked from creating a new project in Premiere Rush?
A: In order for the program to fully work, you need to connect to the Adobe
server with your ID by selecting "Help-> Sign In" (Help-> Sign In) in the
program menu and passing authorization.

Q: Why does my Fresco close immediately after launch?
A: The Fresco program does not allow you to use it without authorization.
Alas, it is not possible to log in to a program that cannot be started
normally. But you can log in to any other Adobe program by selecting
"Help-> Sign In" from the program menu (Help-> Sign In). By logging in to
one program, you are authorized immediately in all installed Adobe
programs. After that, Fresco will start correctly.

Q: Even if I choose English during installation, is Fresco still in Russian?
What to do?
A: This type of installer does not provide the user with a choice of language
for Fresco. The language is selected automatically based on the language of
the operating system. Alas, the mechanism for changing the language is
unknown to me.

Q: Even if I choose English during installation, XD is still in Russian? What
to do?
A: This type of installer does not provide the user with a choice of language
for XD. The language is selected automatically based on the language of the
operating system. However, the program interface language can be changed on
an already installed application. To do this, run the program and open any
template. After that, go through the authorization in the Help...->
Sign In... program menu. Then, click Help...->Language, where the
application interface language is set.

Q: Can you tell me more about the ability to fully use Maxon Cinema 4D?
A: Maxon Cinema 4D is automatically installed as part of Adobe After Effects
2022. The trial version is installed by default. But I cured it for you.
When you first start the program, an authorization window will open. Close
it. The program will automatically start again. But already completely
cured of greed. The program interface is originally English, but it can be
easily changed to another by downloading the language pack (including
Russian). Among those offered for download (in addition to language packs,
you can install additional content libraries), select the desired language
and open the downloaded language pack using Maxon Cinema 4D. After the
restart, the program will already have the selected interface language.
Switching between already installed interface languages ​​is available in
the program settings.