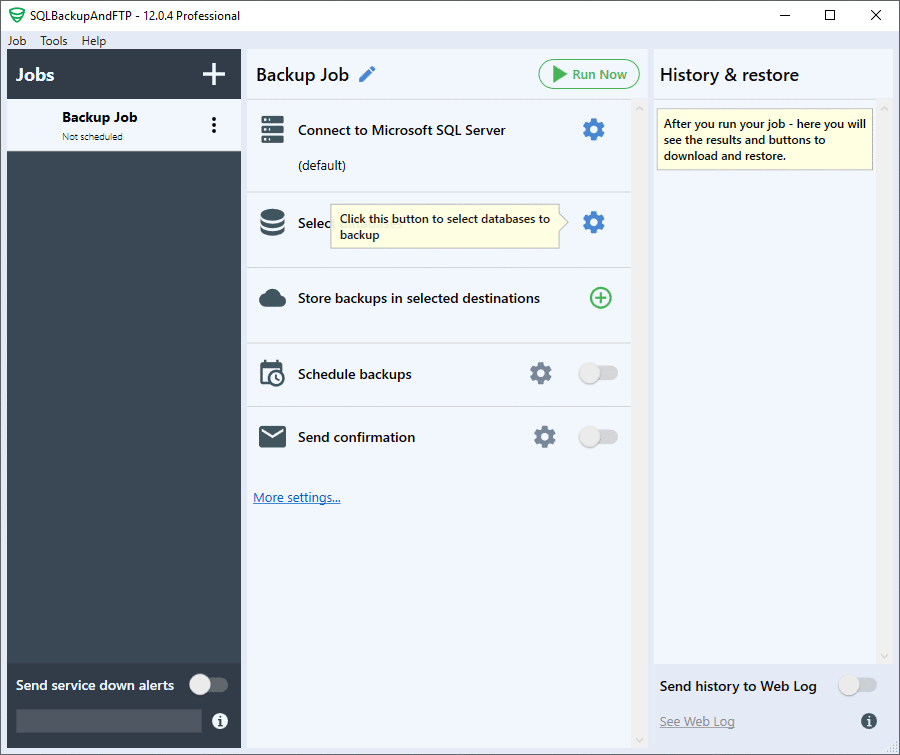 What can SQL Backup And FTP do?
SQL Backup And FTP is MS SQL Server backup software that runs scheduled backups (full, differential or transaction log) of SQL Server or SQL Server Express databases (any version), runs file/folder backup, zips and encrypts the backups, stores them on a network or on an FTP server or in the cloud (Amazon S3 and others we're constantly adding more), removes old backups, and sends an e-mail confirmation on the job's success or failure.

You want to monitor SQL Server performance and schedule backups online in your browser for large number of servers - SqlBak.com may be suited better for you

You want to backup MySQL. For MySQL, use another product - MySQLBackupFTP (see also Automatic phpMyAdmin Backup and Backup MySQL to Google Drive)

You want to backup PostgreSQL. For PostgreSQL, use another product - PostgreSQL Backup