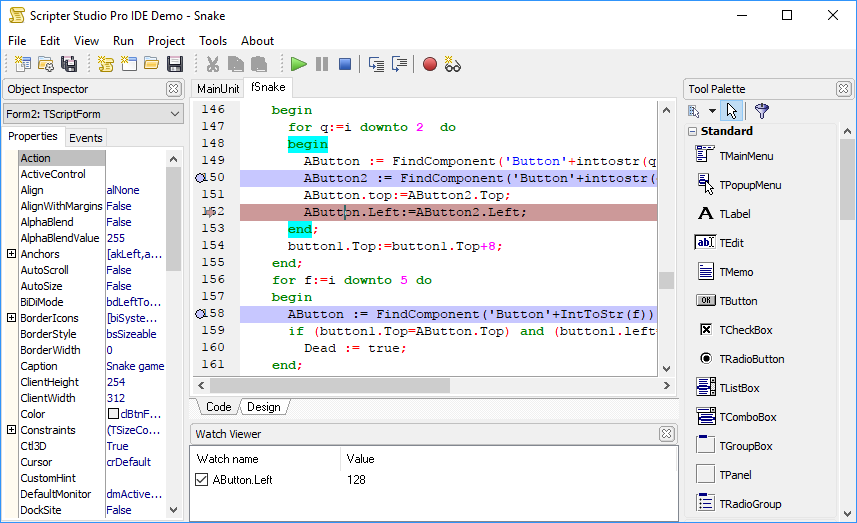 TMS Scripter allows programmers to write scripts in Pascal and BASIC languages, thus improving the flexibility and power of their applications. The tool comes with a complete IDE and programmers can use its visual design environment to design modules and write scripts. This tool allows programmers to update the behavior of their program without changing the entire program by simply sending it a small and simple script. Application users can get new functionality by integrating application logic with Com servers via scripting.