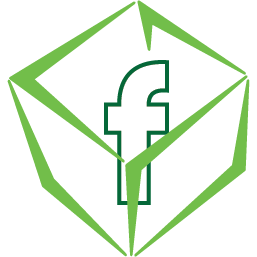 Features
Load flash movies directly from any source (no temporary files!). Protect your flash movies.
Create flash-enabled applications which are ready to work even when the Macromedia / Adobe Flash Player ActiveX is not installed!
Transparency is fully supported!
Ability to play Flash Video (FLV) from stream
Enable/disable flash sounds
Adjust sound volume
Get a snap image of the current flash movie frame
Write code which is compatible with any version of Macromedia / Adobe Flash Player ActiveX.
Flash External API
Streaming

It is known fact that the Flash Player ActiveX is able to load movies at certain URLs only. You have to save the movie to a temporary location from your application's resource before you can load it. You'll have to generate a corresponding link that you can pass to the Flash Player ActiveX and then delete the movie after. You'll have to admit that this is extremely inconvenient. Apart from being inconvenient there is a chance you'll fail when you try to create a temporary file if you don't have the appropriate permission or don't have access to a temporary folder. It is definitely not an appropriate approach when security is an issue since your movie can be easily intercepted. There is a solution! F-IN-BOX uses a different approach of swflash.ocx/flash.ocx code loading. It is able to load your movies directly to the ActiveX thereby avoiding the temporary file step. Load flash movies from any TStream descendant (TResourceStream, TMemoryStream, etc.)! The advantages are pretty obvious. And you can also protect your movies from unauthorized access using your favourite software protection application.

Create flash-enabled applications which are ready to work even when the Macromedia / Adobe Flash Player ActiveX is not installed!

Traditionally, there are many obstacles or annoyances that one will encounter when using Macromedia / Adobe Flash Player ActiveX in an application.

needs swflash.ocx/flash.ocx installed in the system before it will work.
has to work flawlessly with the already installed version of the Macromedia / Adobe Flash Player ActiveX.
has no easy way to prevent flash movies from being abused.
F-IN-BOX to the rescue. It solves these problems and more!

By default, the component will use the swflash.ocx/flash.ocx that's already installed on the system. The component can alternatively use any swflash.ocx/flash.ocx that you would like to provide it with using any supported source. An example of this how you can embed the flash.ocx into the resource section of your application's exe file and then load it at runtime. Using this method, your application will work even if the Macromedia / Adobe Flash Player ActiveX doesn't exist on the target system. With F-IN-BOX, hassling around with Macromedia / Adobe Flash Player ActiveX installation issues are a thing the past! It's so easy to do!

Use TTransparentFlashPlayerControl Component to work with transparency:

Put TTransparentFlashPlayerControl on a form.
Set MakeParentTransparent property to True. That's all!

set the global resource handler. Use the global procedure FlashPlayerControl.SetGlobalonloadExternalResourceHandlerEx;
a movie loads a flash video from a "private" URL ( http://FLV/FlashVideo.flv);
the handler is called. You compare the passed URL with "http://FLV/FlashVideo.flv". If they are equal, set bHandled to "true" and use the passed Stream to write the content of FLV;
after all the data has been provided, free the stream;
Remarks:

you get a stream assigned with a resource in a handler. Set the handler using the global FlashPlayerControl.SetGlobalonloadExternalResourceHandlerEx procedure;
if you write data in a separate thread, call Write using Synchronize;
if Write returns 0, loading has been cancelled (for example, another movie is being loaded);
free the stream when loading is finished. Even if loading has been cancelled;

In this case you should handle the event onloadExternalResourceEx.

you get stream assigned with a resource in a handler of the onloadExternalResourceEx event. Check the passed URL and if you are ready to provide the content, set bHandled, passed as a reference, to true, use the passed Stream to write the content;
if you write data in a separate thread, call Write using Synchronize;
if Write returns 0, loading has been cancelled (for example, another movie is being loaded). Don't forget to free the stream!
free the stream when all the content has been written;
Builder C++ only: sometimes Builder C++ creates onloadExternalResourceEx event handler with bool bHandled instead of bool& bHandled. If it happened, change bool to bool& in a header file and in a source file;