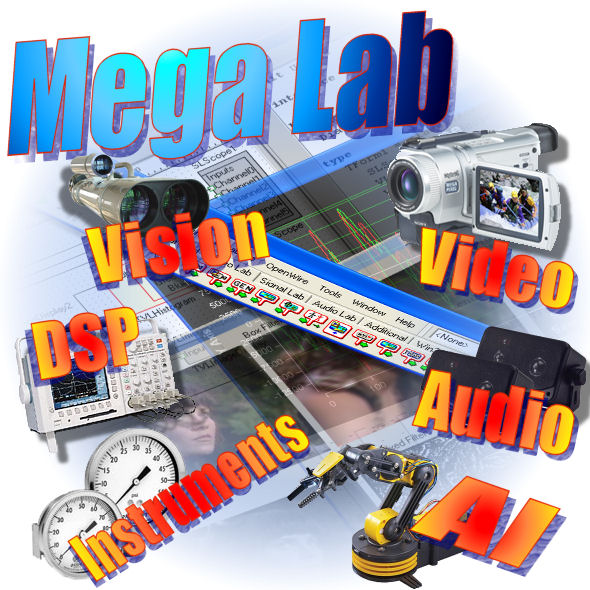 The Mega Lab is a combined installer for all the Mitov Software components and libraries. Our component libraries come in 3 versions a VCL - Firemonkey version (for Delphi / C++ Builder / RAD Studio XE4 to 10.1 Berlin), an MFC compatible Visual C++ version, and a .NET 2.0 and 4.0 (4.5 and 4.6 compatible) supporting Visual Studio 2005 to 2015.

The RAD Studio version is a set of native VCL and Firemonkey components of which all include now the powerful Mitov Runtime.

The NET 2.0 and 4.0 (4.5 and 4.6 compatible) version is a set of managed .NET components. The .NET version has the same performance as the native versions, and supports all the Microsoft .NET languages including Visual Basic, C#, J#, F# and C++/CLI.

Due to the unique architecture of the OpenWire platform, the components are implemented the same way in Managed .NET and native Windows (32 and 64 bit) environments. The code to control a component from VB.NET, C++/CLI, C#, and J#, Visual C++ MFC, Delphi, and C++ Builder is almost identical. This allows the developers to migrate and share code between the different environments thus significantly improving the productivity.