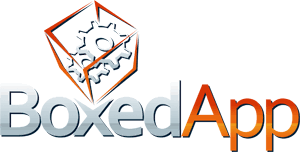 BoxedApp SDK is a developer library that provides a set of functions for emulating a file system and a system registry for an application. Using these functions, you can create virtual files, fake registry entries, keys and values. You can launch processes from the memory directly, use ActiveX without registration, embed runtimes like .Net, Flash and VC++ redistributable.

In other words, you can now embed all DLL and content files, all ActiveX and OCX components, which your application uses, into a single EXE file. BoxedApp SDK doesn't unpack these files to disk; it doesn't use temporary files either.

Samples for all popular languages
With respect to all developers BoxedApp SDK provides 100+ samples for C++, Delphi, C#, VB.Net and VB6. They show how to create a memory-based virtual file, register ActiveX in virtual registry, launch in-memory process.

Bindings
Being accessible for developers in different languages, BoxedApp SDK is available in a lot of forms: DLL, static library, .Net assembly. That's why anyone can build a single executable in C#, VB.Net, or C++ that uses BoxedApp SDK, so no DLLs are required.

Virtual Processes
With BoxedApp SDK, one can start a process based on a virtual executable file. Just create a virtual file, write the content of the exe file, and start it using any function: WinExec, CreateProcess, System.Diagnostics.Process.Start etc.

ActiveX and COM virtualization
Very often, an application needs to use ActiveX components. With BoxedApp SDK, you can easy register an ActiveX in the virtual registry and then let the application work as usually: it will "see" required registry entries. At the same time, real registry stays unmodified.

Assets Protection
Imagine the application uses DLL and files, which are to be kept secure, and because of that you can't save them to disk. With BoxedApp SDK you just create them in virtual space and that's all.

Portable Applications
When an application needs ActiveX but doesn't have an installer because it must run instantly, without installation (for example, when it's a portable application that runs from a flash card), BoxedApp SDK is the solution.

Video Encryption
BoxedApp SDK can create not only memory based virtual files, but also virtual files the content of which is requested on demand. Video protection software may utilize this feature, encrypting video data into a data container and then just dectypting and outputting the required chunks when BoxedApp asks for them.

Windows Support
BoxedApp SDK supports all versions of Windows, beginning with 2000, and including the modern Windows 10.

Both 32-bit and 64-bit platforms are supported.