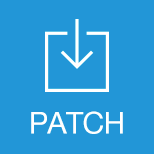 This patch addresses a few issues related to RAD Studio 10.4.1 support for XCode 12, iOS 14 and macOS Big Sur, which were not available when 10.4.1 shipped. We issued a similar patch in November. This new patch replaces that previous patch and offers further improvements in the same area. Installing this patch over the existing patch will replace all required files.

In the previous version of this patch (released in November 2020), we included:
* An RTL fix for an issue with exceptions, also causing issues at app termination, for macOS applications running on the recently released macOS 11.0 Big Sur. The corresponding public issue was logged on Quality Portal as RSP-30000. For this issue, the patch includes modified source code and compiled binary files.
* A new version of PAServer for macOS, and includes fixes for several issues:
* SDK import from Xcode 12
* Debugging applications on an iOS 14 device
* This includes Quality Portal reports such as RSP-30806, RSP-31014, RSP-31667 and RSP-31049.

This version of the patch includes the above fixes, but adds several new fixes:
* An issue compiling against the ClientDataSet component (RSP-31795)
* Several issues using C++ with the iOS14 SDK:
* Error ‘unknown type name __UINTPTR_TYPE__’ when building with iOS14
* Errors building with the iOS14 SDK, including ‘invalid node: this may result from using a map iterator as a sequence iterator, or vice-versa’ or a linker error (RSP-31014)
* Linker errors referring to DBX, such as ‘[ld Error] Error: "__ZdlPv", referenced from: __ZN9DBXObjectD0Ev in DBXCommon.o’

If you download the patch via GetIt, it is installed automatically. It will back up the files it replaces.

However, the new version of PAServer for macOS is not installed by the patch onto your Mac machines. It is placed in the PAserver folder (by default, C:\Program Files (x86)\Embarcadero\Studio\21.0\PAServer), and you need to copy the updated PAServer application over to your Mac and install it manually.

You can download this patch via the my.embarcadero.com download portal. If you do, to install, first back up and then copy the contents of the ZIP file into the respective subfolders of the RAD Studio installation folder.

Note that you also need to install the new version of PAServer on your Mac, as noted above.

We recommend using automatic installation through GetIt where possible.