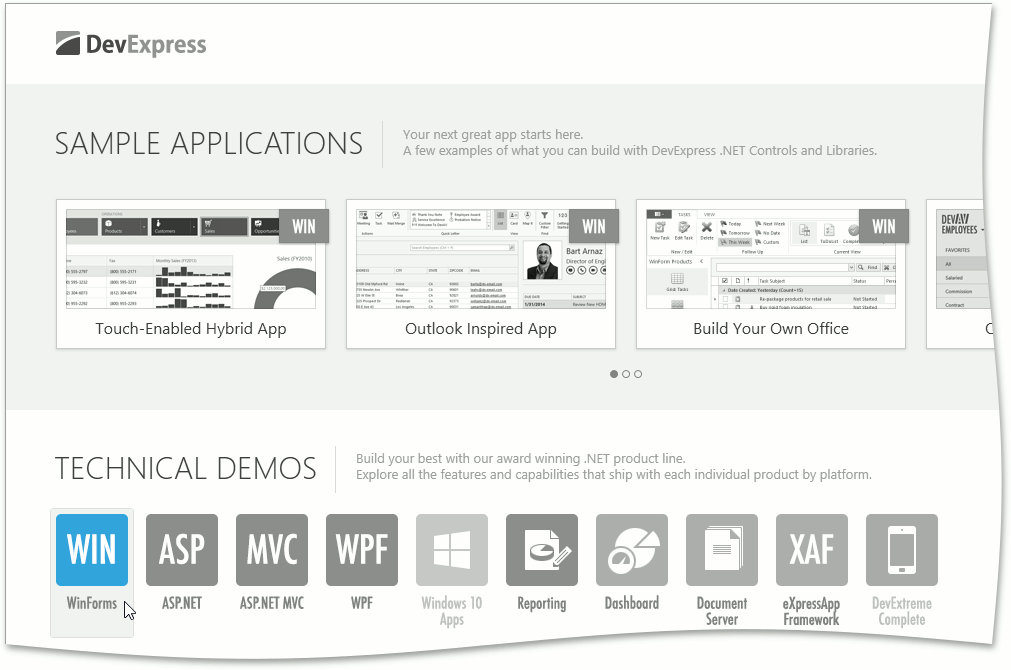 This section lists the products included in DevExpress subscriptions by development platform.

Developer Express Inc releases two major versions of .NET products a year, with a few minor releases in between. The full version notation includes three numbers that specify the year, major version and minor version of the release.

Content differences between the two resources are minimal. Many of you will find it most practical to use our classic documentation because of its superior search capabilities. We only allow Google to index our older website to prevent conflicts between the two versions.

The new site, however, has technical advantages and boasts .NET Core, jаvascript, iOS, and Android API Reference. Review the detailed list of differences below.