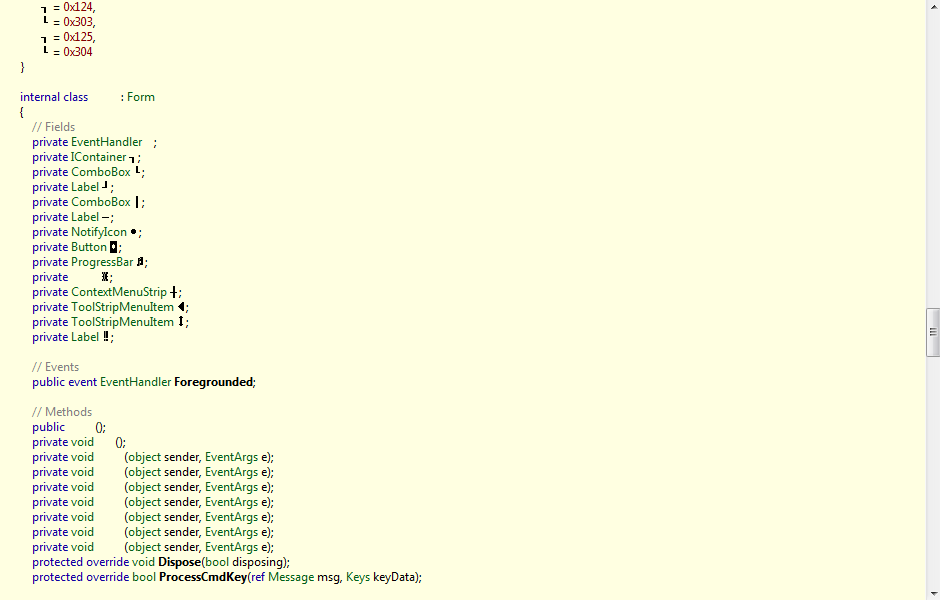 SmartAssembly is an obfuscator that helps protect your application against reverse-engineering or modification, by making it difficult for a third-party to access your source code.

If your entire business rests on the IP embodied in your software or you don't want your C# or VB.NET code exposed internationally, then obfuscating your code becomes a necessity, not a luxury.

Obfuscation
.NET applications can be easy to disassemble if they haven't been obfuscated, which can be a problem if you've invested time, effort, and money in your code. Obfuscating your code is easy to do and adds a barrier of protection against reverse-engineering and modification.

features
Name mangling
Changes the names of methods and fields to make it hard to understand their purpose.

Control flow obfuscation
Converts the code inside methods to 'spaghetti code' to make it difficult to see how the application works.

References dynamic proxy
Creates a proxy for calls to methods outside of your assembly to make it hard to find external calls.

Strings encoding
Encodes the strings used in your software to hide such information as passwords and SQL queries.

Resources compression and encryption
Compresses and encrypts managed resources to make them hard to understand, and to reduce the size of the assembly.

Pruning
Removes non-useful metadata to make the code harder to reverse-engineer, reduce the size of the assembly, and improve loading time.

Dependencies merging
Takes all the DLLs and merges dependencies into the main assembly, so you don't have to load lots of DLL files, and so that they can also be obfuscated.

Dependencies compression and embedding
Compresses and embeds your dependencies into your main assembly, simplifying the deployment of your software and reducing the size of your program.

Method parent obfuscation
Moves methods in your code by changing the class they are in, making it harder to understand how methods and classes relate to each other.

Debugging
SmartAssembly decodes obfuscated stack traces and generates .pdb files containing debugging information. This enables you to debug your assembly into your IDE, and get the full stack trace when an exception occurs. SmartAssembly even helps to ensure that you're automatically releasing unneeded memory.

Integration and Support
Obfuscation can be integrated into build processes using MS Build or command-line, and supports .NET 2.0 to 4.7, including .NET Core and .NET Standard, and XNA, with some exceptions.