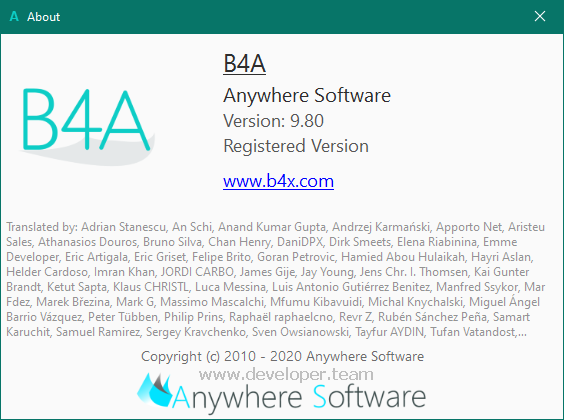 Find all references, quick search and find subs / modules tool windows were rewritten and are now syntax colored, the text is selectable and you can jump directly to the selected position.
Subs code appears in the quick info windows.
This code is also selectable and clickable.
Show Sub in window.
Allows showing subs in a floating windows. The text is selectable and clickable.
This can be triggered from all kinds of places including.
Positions and layouts of all windows are preserved.
Search results font can be configured from Tools - IDE Options - Font Picker.
IDE shows available updates.
Recommended targetSdkVersion is set to 28.
Alpha value of text colors can be set in the designer.
Fix for a crash related to B4XView.Color with Android 10 and targetSdkVersion >= 29.
Better handling of errors in the IDE.
Deprecation warnings for modal Msgbox.
Animation to zero size no longer causes an exception in new versions of Android.
Starter service subs can be accessed directly without using CallSub.
Warning and errors do not hide other information
Copy warnings from list of warnings.
Generate 'Create Type' Sub.
Copy events.
Modules list is saved in lexicographic order to avoid unexpected changes with source control tools.
Resources in implicitly referenced b4x libs are now accessible.
Other minor improvements and bug fixes.