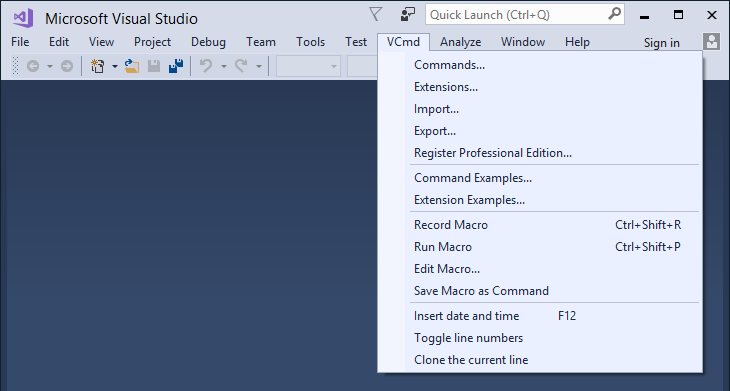 The freemium Visual Commander extension lets you automate repetitive tasks in Visual Studio 2019/2017/2015 and SSMS 17/2016. You can reuse existing Visual Studio macros from previous versions of the IDE and create new commands and extensions in C# or VB. You can also record and playback keyboard commands for the Visual Studio text editor.

A command is a class written in C# or VB implementing the Run method. It has full access to the Visual Studio automation model and .NET framework. Code of an existing Visual Studio macro from previous versions of Visual Studio can be just pasted in the Run subroutine of a new VB command. 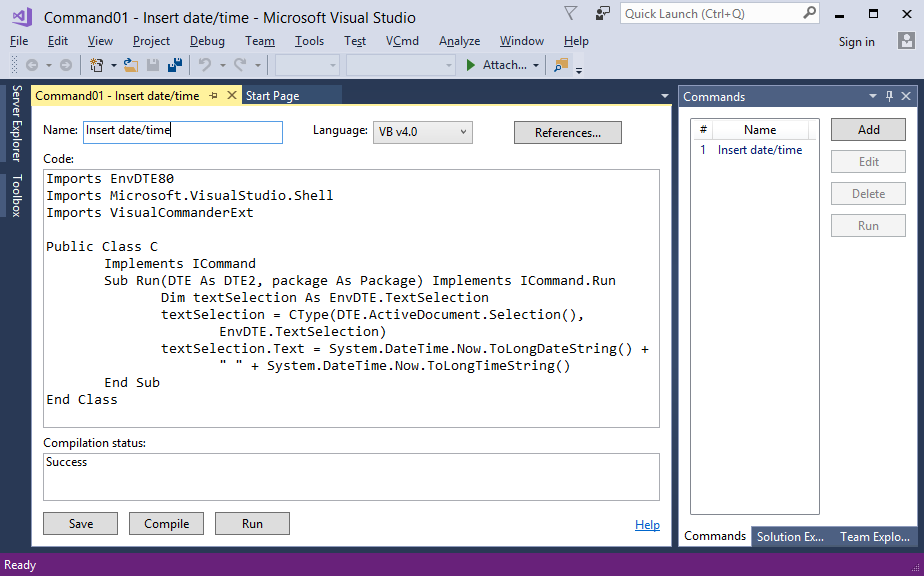 You can run the created command directly from the command editor, from the VCmd menu, from the Commands window by double-click or with the Run button. You can assign a keyboard shortcut to a command and you can add commands to the Visual Studio toolbar: 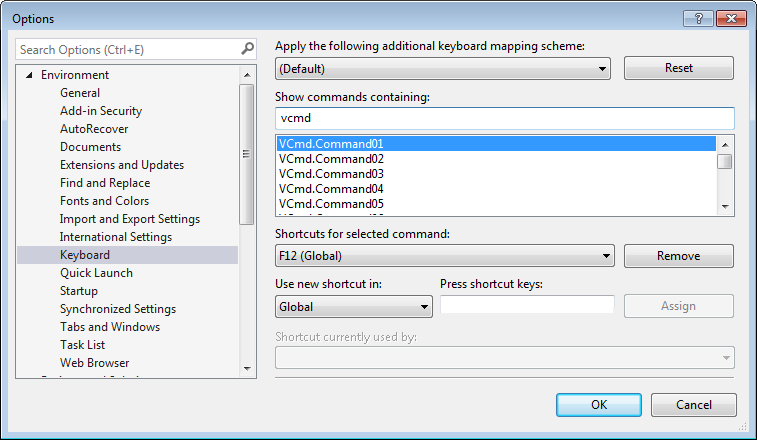 Keyboard shortcuts Ctrl+Shift+R and Ctrl+Shift+P are assigned to the Record Macro and Run Macro commands if they are not used in your Visual Studio keyboard scheme. If they are used, but you want to reassign them to Visual Commander, you can manually assign them in Visual Studio keyboard options for the VCmd.RecordMacro and VCmd.RunMacro commands.

There is only one macro - recording the new macro overwrites the previous one. If you want to save the macro for future regular use, you can manually copy its code to a new command or use the explicit Save Macro as Command menu item.

In an extension you can hook to Visual Studio events (e.g. build events, window and document operations, solution and project loading, debugger events) and automatically perform custom tasks when needed. Extension are loaded by Visual Commander on Visual Studio startup and when you press Install in the extension editor dialog.

Similarly for extension examples. You can install them from the Extension Examples windows and from the extension editor window. Pressing Save copies the selected extension to normal extensions where you can modify code and persist changes, set the extension to run on Visual Studio startup.

During import, commands and extensions from the file are added to your existing ones. Added extensions are not executed immediately after importing, you can manually Edit and Install them or restart Visual Studio.